“Since he was old enough to notice planes, Matt Hall wanted to be a pilot. Flying with his dad in a glider, making models at home and meeting officers of the Air Force fuelled his ambition. So when he was accepted into the RAAF’s gruelling training school in seemed a dream come true. But dreams take hard work and focus – and the willingness to make your own luck.

From the rigours of his first job in aviation as an F/A-18 Hornet pilot, to combat over Iraq in the Battle of Baghdad, where he experienced fear and loss for the first time, to his post Air Force career as a professional air racer, Matt has survived near-fatal situations to become one of the most renowned pilots in the world. His extraordinary story is a rare glimpse into a normally closed world where skill, quick thinking and a cool head in the air can mean the difference between life and death.”

Ride of Your Life 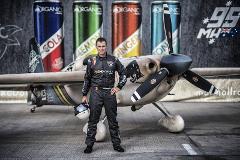 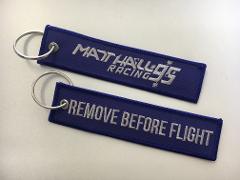